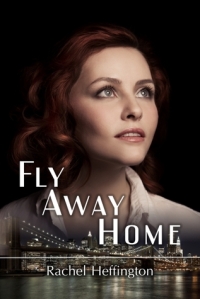 Happy Valentines Day everyone! In honor of the day, here’s a review of a sweet, newly released love story. Yes. It is a love story and I am reviewing it. Miracles do happen. And, as I said, it’s very sweet. And clean. The giveaway is open to residents of the continental USA. To enter just leave a comment explaining why you’d like to read the book. The winner will be announced on Thursday (or as close to Thursday as my schedule permits).

Calida Harper has big dreams, a depressing reality, and a pain ridden past. When she’s offered a position as assistant to one of the countries most famous and successful reporters, she knows she’s just had the biggest break of her career. But one false step and she’s out of a job. Matters get further confused as Callie’s emotions begin tying themselves in knots. Her boss, Mr. Burnett, is infuriating and “a darling” all at the same time. His down to earth boyishness and Christian faith remind Callie of things she’s sworn to leave in the past. But when a jealous co-worker presents her with a dreadful either or, Callie must face both her traitorous emotions and her past.

When Rachel Heffington contacted me to ask if I’d like to review her soon-to-be-released book, I was a little skeptical. After all, she presented it as a “christian/historical romance” and I don’t read those! She assured me the romance was clean, and I agreed to give it a try. I’m glad I did. This is as much a story about friendship, trust, and forgiveness as a romance. And the romance aspect is my kind of love story too. Both characters fall for each other’s character and heart instead of lusting over physical characteristics. This isn’t a story I’d hesitate to recommend because of blush factors.

Knowing it was self-published also made me a little wary at first. At the beginning of the book, I occasionally felt the description and historical detail was a bit heavy handed, but I suspect that might have been a result of hyper-awareness more than anything else. Over all the book was well written and well told. Thumbs up.

Note: I received a review copy of this book from the author. I was under no obligation to give a positive review and all opinions expressed are my own.

Lake Ontario, Day 1. After more than ten years, I finally made it to Safe Haven Museum in Oswego, NY. While researching for a post WWII novel in high school, I learned that the United States accepted only one group of refugees during the war. Those refugees were housed at Camp Ontario in Oswego, NY for the duration of the war. The museum was small but worth the trip!
✨Mexico, Parish, Central Station, and Selkirk Shores.✨
✨A day in Oswego, NY.✨
Happy one week birthday to my newest niece, Krystiana Ruth. ❤️
I was a little bit nervous heading to @realmmakers this weekend. I haven't been writing seriously for 6 years, haven't been to a writing conference in 9 years, and didn't know anyone besides a few online acquaintances. There was no need for worry though! What a wonderful and encouraging weekend!
What things make summer feel cozy to you?